The place to discuss everything else..
Post Reply
6 posts • Page 1 of 1

Kia Motors is to introduce Android Auto™ and Apple CarPlay™ functionality across its entire European model range over the next 18 months, making the Korean manufacturer’s customers some of the most connected drivers on the road. 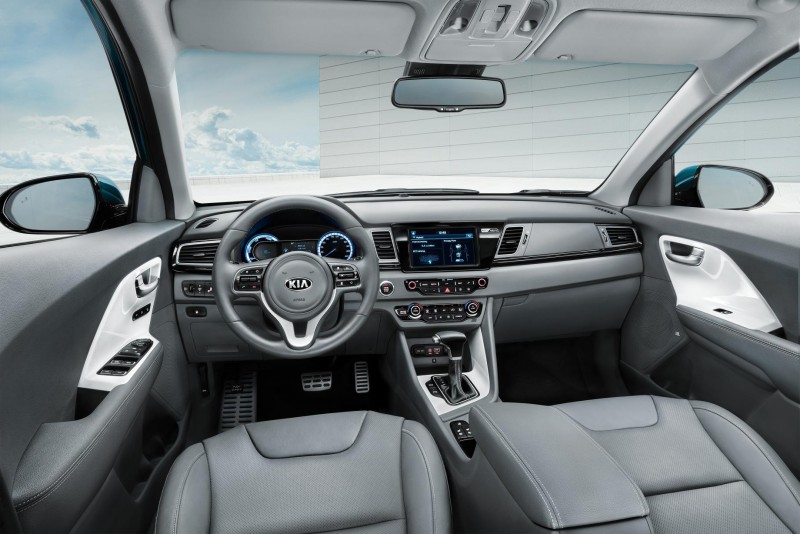 The all-new Kia Niro hybrid crossover, Optima Plug-in Hybrid and Sportswagon will be available with the latest smartphone-compatible operating systems when they are launched in Europe later this year. Every new model in Kia’s product line-up will feature these technologies in future, as the brand seeks to offer the latest connectivity technology to buyers at all price points.

Michael Cole, Chief Operating Officer, Kia Motors Europe, commented: “In-car connectivity is increasingly important to our buyers, who are young-at-heart and often seek the latest technologies on offer. It makes a great deal of sense to offer full Android and Apple compatibility so our customers can use a wide range of smartphone functions in a safe and seamless way. Kia is integrating these technologies to let drivers maintain their concentration on the road ahead.”

The new Niro hybrid crossover will be the first Kia model to feature Android Auto™ (designed to work with Android phones running 5.0 Lollipop or higher). Once the phone is connected to the car via USB, both the Android and Apple systems feature voice control and allow the driver to keep their hands on the wheel and eyes on the road ahead. Android Auto™ will be available on the Niro from the start of European sales in Q3 2016.

Apple CarPlay™, for iPhone 5 or newer, will be available to Niro buyers by the end of 2016, after the car’s initial launch. Apple CarPlay™ will enable full Siri voice control to control an iPhone’s various functions and apps, including navigation via Apple Maps, calls and text dictation. The system also supports other audio apps, such as music streaming or audiobooks that the user may have downloaded to their iPhone.

The system has been designed to minimise distractions, and allow the driver to maintain their focus on the road ahead at all times. The new operating systems are built into a large 7.0- or 8.0-inch touchscreen infotainment system at the centre of the dashboard.

After its initial introduction in the Kia Niro, Android Auto™ and Apple CarPlay™ will be rolled out across every model in Kia’s European product line-up over the next 18 months, starting with the new Kia Optima Plug-in Hybrid and Sportswagon, due to launch later in 2016.

Like the Niro, the Optima Plug-in Hybrid will be available with Android Auto™ from launch (during Q4 2016), with Apple CarPlay™ due to follow before year-end. The Optima Sportswagon, which goes on sale during Q4 2016, will be the first Kia model to offer both technologies from launch. Kia expects every model in its range to be available with the integrated smartphone operating systems by the end of 2017.

The all-new Kia Optima and Niro – and also the recently-launched Sportage crossover – are each available with Kia Connected Service, powered by TomTom®. Kia Connected Services is a new connectivity package offering drivers a wide range of up-to-date information, including live traffic updates, speed camera locations and alerts, local point-of-interest search and weather forecasts. In Europe, the system is available to buyers free of charge for seven years after the car’s purchase.
Top

That is a nice feature that I will be taking advantage of! I may have missed it but is this considered an add-on feature or does it come stock?
Top

I'm about to order a Niro so I asked Kia via their contact form. I got this reply, which doesn't really help

Thanks for your email. I'm glad to hear of your interest in the All-New Niro!
We don't yet have an exact date as to when Apple Car Play will be introduced to our vehicles.
If by the time you receive your new vehicle the feature is available, the dealer may be willing to update it to your car prior to the sale.
If however it is still not out, then they may be willing to offer it as a favourable package after the sale has been made.
This however cannot be guaranteed and you would need to contact with them directly.

Further questions confirmed they don't know the exact date it will be "standard" or if, indeed, there will be an upgrade charge either
Top

I've been assured by 2 separate main dealerships the upgrade will be free. Kia head office tell me Apple CarPlay is aimed at 1st quarter 2017 but with caveat that it could be up to forth quarter 2017.
Top